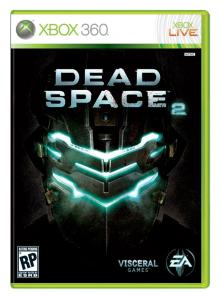 I picked up two of these today so I can vouch that the deal works.  Over at Kmart’s new Gamer blog (yes, Kmart has a gamer blog… wow) there have been a couple of postings for great deals on new games.  Today’s post was that Dead Space 2 purchased at $59.99 will get you a free $19.99 MS 1600 Point card or $20 PSN card.  Looking down in the blog farther you can see that another current deal is buy Little Big Planet 2 on PS3 and get any other game for 50% off.   I figured, why not put them together?

Sure enough folks over at slickdeals had tried it and had some mixed luck.  The key is not saying anything to the employees because they get somewhat confused and don’t really need to do anything because the computer will ring it up correctly.  Here is what I did:

In 2 different transactions I had them ring up in this order:

I did two of these transactions and with tax walked away with the following for under $200:

Pretty good day, I might go back for a couple more on the way home.  Hard to resist a good deal! 🙂