iGames is the voice of our industry.

One thing that I have done since we opened back in 2004 is always try to keep up with what other game centers are doing here in the United States.  From day 1 the best place to do this was as a member of iGames (www.lancenters.com) in their private forums.  In 2005 and 2006 I probably spent 2-3 hours each day browsing the threads, giving my opinions, starting posts and most importantly sharing and gaining awesome ideas.

It seemed that in those first few years for us there were always 20-30 new game centers opening their doors each month.  Obviously the economy was much different during those times and most likely the ability to easily borrow money were probably the main reasons things seemed to be exploding.  However the scary difference now is the fact that the iGames forums have become a ghost town.  There are still some lurkers who pop-in now and then but as a whole there are now only about 3-5 new posts PER WEEK!  Compared to 5 years ago when there were 20+ new posts PER DAY!

I am not going to get into the reasons for so many failures over the years nor am I going to spend time looking at individual centers that are successful.  I just wanted to put together what I am predicting (and in some cases hoping) for our industry in 2011: 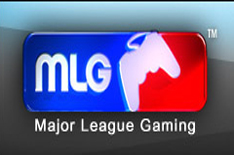 MLG is looking to partner with game centers in 2011

2 – The new venture by MLG into game centers will be relatively unsuccessful.  As MLG reaches out to game centers and tries to create a new alliance to host smaller events that can lead to their bigger national circuits they will quickly realize that 99% of the game centers in the US today are ill-equipped and owned by lazy and unmotivated individuals who cannot run successful tournaments.  As a dreamer I wish this program could be successful, but as a person who has worked to build a game center competitive circuit I know first hand that it just isn’t possible.

3 – We will finally start seeing some game releases in centers again.  Mark at iGames announced yesterday that they are removing the requirement for publishers to pay to have their games promoted through iGames this year which is a huge step in the right direction.  In 2010 we had very little to talk about when it came to game releases through iGames and that is probably 90% of the reason most of us are members.  He knows this is a priority for us and is working to bring us back to getting 1-2 game releases each month.

4 – We will see one or two of the top centers close their doors.  I am in constant contact with almost all of the large centers out there and none of us have a large cash pool sitting behind the vault doors to weather a bad event or another sudden dip in the economy.  We have all seen revenues drop the past 3 years and if we are still operating that is because we have trimmed the fat in our operations and streamlined as much as possible.  I could probably name a couple centers that I think will go but these are my friends and my hope is that they make it through.

5 – An outside group will enter this industry and finally start to roll-up some of the existing video game centers.  I have to admit to having some inside information into this already starting so I don’t seem like too much of a prophet.  However the wheels are in motion for a large organization who is looking to buy existing centers and conform them into a universal model throughout the US.  This has always been my prediction throughout the years and I have always stressed to owners to make sure they maximize the value of their business through good record keeping and business good will.

6 – Finally the game industry will announce the next generation consoles.  This is something that was huge for our growth back in 2006 when the Xbox 360 came out followed by the Wii and PS3.  The first year that those systems are released our store saw an enormous jump in sales.  A new generation of consoles will do the same thing.  The problem is that once they are announced this year it will still be 2012 or 2013 before we see them.

7 – A video game center will exceed 5000 fans (likes) on Facebook.   Hehe… the reason I mention this is because it is one of the objectives of my store in 2011 so I hope it will be us!  As a shameless plug if you are reading this make sure you “Like” our page found here:  http://www.facebook.com/ebashterrehaute

8 – Centers will start utilizing downloaded games for consoles as part of their game library.  Honestly I am not sure why it hasn’t happened much before this, but every center that offers Xbox LIVE should be offering their customers the ability to play Xbox LIVE arcade games and other downloaded full copies of games.  We are focusing on adding this at our stores more in 2011 because it cuts down on employee work load changing out the games, wear-and-tear on the discs and disc drives and gives the customers more options for playing.  Also as a bonus secret if you have read down this far… for every game you purchase and download via Xbox LIVE you basically get a copy free.

9 – A game center will get robbed and one of its customers will defend himself against the thieves trying to take his Nintendo DS and fight back…. in Hawaii….. oh wait… that happened already! 🙂  http://www.youtube.com/watch?v=IYrn5MA2KtA

10 – We will all figure out a creative way to make sculptures or some kind of signs using our RROD Xbox systems that cannot be repaired.  Seriously I have been trying to figure out a good use for all of our trash systems if anyone has any ideas?  I refuse to just throw them away because I never want to forget how much pain we have suffered because of their poor design.