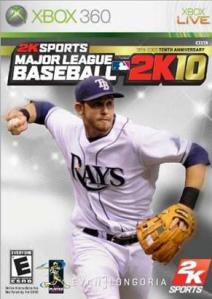 Sometimes I laugh about tournaments and challenges that are revealed that seem too good to be true.  I remember when CPL announced they were holding a $1 million Halo tournament in 2007?  I laughed out loud when I heard that CPL announcement years go but I didn’t laugh at all when I was forwarded a note from a colleague last Friday.

2k sports has officially announced that they are putting a bounty of sorts on their upcoming Major League Baseball game.  This is the 10th edition of the 2K sports franchise and they are serious about drawing people in to their new “revamped pitching mechanics”.  What would draw people in to play the 10th edition of a game that is probably the least popular sports genre in video games?  How about a million dollar prize?

The details have not been released but according to this page on their website the first person to pitch a perfect game before May 3rd, 2010 wins $1 million.  Of course everyone’s first reaction is that it is probably impossible to pitch a perfect game.  I mean they coded the game and they have probably made sure to cover their asses when throwing out a bounty that large for a video game?

However I am wondering if they won’t capitalize if someone actually wins the prize?  I watched EA blow $3.2 million yesterday on a 30 second commercial during the Super Bowl.  How many copies of the game will they have to sell to recover that money?  Of course they will get some name recognition for their overall EA branding, but all of that exposure was used up in 30 seconds.  With this promotion announced by 2K Sports they will receive exposure (just like my blog here) over the next at least 30 days or maybe even 90 days if someone does not win right away.

The funny thing is that my gut reaction was skepticism but now I am starting to draw up plans to pursue this and provide the opportunity for others in my video game center to pursue it.  What does that mean?  I will buy many more copies of MLB 2K10 than I would have without a challenge.  Normally for the next MLB sports franchise game I would purchase 3 copies for each store.   One would stay new for sale, two would be opened for players in the store or for sale used.

Now I am looking at maybe 10-12 copies for our store in Terre Haute as well as finishing my project for live streaming 4 stations in the store.  This will allow me to promote the event, have enough copies for everyone to attempt the challenge and then have everyone on the Internet watch live streams of the players attempts and emotional failures.  (top of the 9th innning, 3 outs away from $1 million and OH NO!….. he gives up a base hit to center field!)

Hats off 2K Sports for putting marketing money where a ton more people in the industry can take advantage of it and help them sell more games.